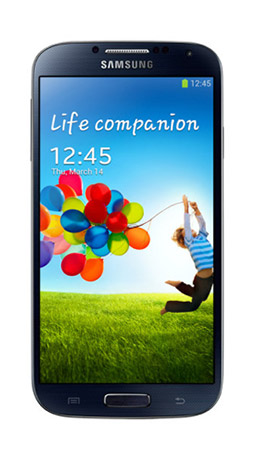 Remote rooting became possible with Safe Root. Now you can root Samsung Galaxy S4 Verizon of yours successfully without leaving your home. Our rooting service offers a set of advantages for you. Start enjoying them now!

How does a root Galaxy S4 Verizon with Safe-Root work?

And there you have it! Your phone has been rooted. To check for yourself, be sure to download an app that checks the root status. Apps like Root Checker, free on the Play Store, are reliable apps that verify if the rooting process was successful.

The Samsung Galaxy S4 Verizon SCH-i545 had its time in the limelight, but users quickly began to notice a few subtle and not-so-subtle issues with this premier smart phone. Thankfully, rooting has come to replace the usual temporary fixes. At safe-root, we have the solution for you. We will teach you how to root Galaxy S4 sch-i545 with our remote software.

A predecessor to the much talked-about Samsung Galaxy S5, the Samsung S4 Verizon SCH-i545 was released in May of 2013. It featured a super AMOLED touchscreen and protective Gorilla Glass 3, and ran on an operating system of Jelly Bean that could be upgraded until Lollipop. With its 2 GB RAM and quad-core CPU, the Samsung Galaxy S4 Verizon was expected to beat its competitors in terms of performance.

However, several users still experienced common problems (including you, if you’re reading this for a purpose). The Samsung Galaxy S4 was known to have poor battery life, have Wi-Fi and Bluetooth connectivity issues, and would act sluggish even when brand-new.

There have been a variety of temporary fixes for these issues, but none of them can truly address the situation, unlike what rooting can achieve. Rooting gets to the core of your Samsung Galaxy Verizon SCH-i545, getting to the root of the problem.

Before you tweak your phone and proceed with the root SCH-i545, it’s important to make some preparations:

WHAT TO DO AFTER ROOTING YOUR GALAXY S4 VERIZON SCH-I545

With a rooted Samsung Galaxy S4 Verizon SCH-i545, you have been welcomed into a world of root apps. Select the app that best suits your smart phone needs, and use them to make the most out of your device. Apps like AdBlock Plus, which can block annoying ads on games, and Dumpster, which helps you store and recover lost files, are applications that have appeared on “Best Root Apps” lists over and over again.