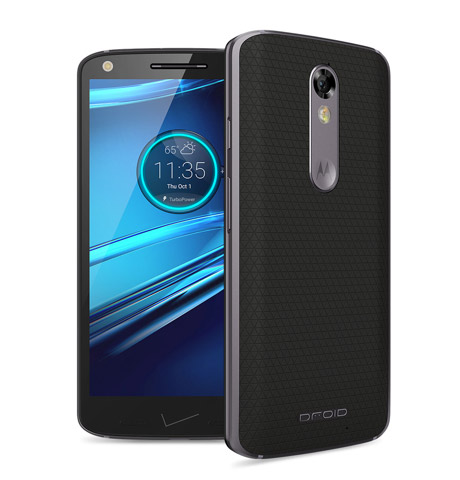 Rooting service is what you need to keep your device updated. Purchasing new one is not the only option left. Safe Root is the place where you can cooperate with rooting experts and level up your smartphone. Root Motorola Droid Turbo 2 and enjoy a full set of benefits:

Need to root your Motorola phone ASAP? We’ve got the solution for you

Do you have a Motorola Droid Turbo 2 xt1585 but you are tired of its insufficient battery life and poor performance? Thanks to Safe-Root, we show you how to root Droid Turbo 2 through a simple rooting process. You can enjoy its full potential in no time. Now, you can say good bye to its usual user-reported flaws such as connectivity issues, camera malfunctions, voice command errors, and incoming call notification blunders.

In spite of its impressive look, the Motorola Droid Turbo 2 xt1585 still had a couple of issues that users didn’t find unnoticed: it had an unsatisfactory battery life, which disappointed many of its users. It also had different connectivity issues that made it a hassle to connect to Wi-Fi and Bluetooth.

Because of those cons, the Motorola Droid Turbo 2 xt1585 is a commonly rooted device, even until today. Its 1440 x 2560 resolution and face-detection features make it a tough product to beat, but you wouldn’t be able to fully appreciate the potential this product has until it has been rooted.

Rooting the Motorola Droid Turbo 2 xt1585 gives users the power to delete any pre-installed apps that just act as bloatware. Users can also increase the battery life by reducing CPU performance whenever necessary.

At Safe Root, we don’t recommend rooting your device on your own. Using free services or doing it manually increases the risks of damaging your phone, and you’ll be faced with problems including a bricked device, malware attacks, updates issues, and more.

Rooting your device with Safe Root makes sure your Motorola Droid Turbo 2 xt1585 root is done properly without the loss of any data. We have a team of experts who will get in touch with you via chat to root your device through a remote control software.

WHAT TO DO AFTER ROOTING YOUR MOTOROLA DROID TURBO 2 XT1585

After rooting your Motorola Droid 2 xt1585, you can download several apps that you wouldn’t have had access to with an unrooted phone. Among the commonly installed apps are AdAway, which blocks annoying ads on your games and other apps, and Greenify, which is a powerful tool that can boost up your phone’s performance.

Although it has been years since the release of the Motorola Droid Turbo 2 xt1585, there are still lots of ROMs specially created for the phone. Visiting developer forums such as XDA is always a smart decision, because it’s where the latest and most reliable ROMS and installation guides are posted frequently.